When is the best time to buy new gadgets? Here are a few suggestions. Buy a digital camera during back-to-school sales. Avoid buying a smart TV during Black Friday sales. Buy a smartphone just before a new version comes out. Check out popular tech blogs and online communities to see if a particular device is on sale. Read the reviews before making your final purchase. It could save you a significant amount of money.

Buying a smart television on Black Friday is not necessarily a good idea, as the prices are not going to be as good as they usually are. The prices of a television can be drastically reduced during this time of year, but if you are not sure about the features of a certain model, you may end up with a cheap TV that will have limited use. However, there are times when a good TV deal is still available.

Before you buy a television on Black Friday, it’s important to set a price limit and research the best brands. Also, look for reviews and professional opinions from TV reviewers to ensure that you’re getting a quality product. Compare model numbers of different televisions to see which ones offer the same features. Be wary of fake TVs with similar model numbers. You’re more likely to end up with a fake or inferior model than a great one, so pay attention to reviews and read them before making a decision.

Buy a smartphone before a new version comes out

When you need a new phone, you might think it makes sense to buy a new flagship model. These phones are the most expensive and are often the latest from a given brand. But the truth is that the new flagship models rarely have better specs than the previous versions. And, because they’re already out there, they’re already battle-tested, which means that the reviews and media hype aren’t so big a factor. Moreover, they’re much less likely to flop than the new ones.

When buying a new smartphone, remember that the best time to buy it is several months before the new version hits the market. It’s also wise to buy an older model as retailers often reduce prices to clear out old stock. Buying a new smartphone after the release of a new one can lead to disappointment if the brand discontinues the older model. In this way, you can get a better deal on a smartphone than you would at a later date.

If you want to buy a digital camera, back-to-school sales are a great time to do so. Many retailers will bundle extras with their cameras, so it pays to shop around for a deal. A memory card is often included, and most people prefer one with a capacity of at least 500 megabytes, but you may want to upgrade if you have extra space. You can also save money by purchasing a digital camera with compatible gear, such as a flash, tripod, or an extra battery.

While the prices on these models aren’t always the lowest, they’re worth a look, especially if your children are planning on taking photographs. Digital cameras are more convenient than film cameras because they usually feature an LCD screen on the back. This means that you can edit your pictures instantly after taking them. You can also get more creative with digital cameras, since you’ll be able to edit them immediately.

Buy a smartphone during a pandemic

Should you Buy a smartphone during a pandemic? The answer to that question depends on how severe the epidemic is and how well prepared you are. In general, people who bought a smartphone before the epidemic hit are more likely to keep it than those who purchased a device later. In fact, a recent study shows that the number of smartphone users increased by more than 50% during the epidemic. Interestingly, this increase is largely due to smartphone owners acquiring new digital behaviors.

One study found that smartphones are the most common digital gadgets among adolescents. Those who purchased them online were significantly more likely to experience negative outcomes, including a superficial approach to learning, mood modification, and loss of interest. Smartphone use was associated with sleep disturbances, ocular alterations, and musculoskeletal disorders. Although the prevalence of these adverse effects was similar between pre-and post-pandemic periods, the impact of smartphones on young people was greater.

I'm a tech enthusiast writer with a love of new gadgets, software and apps. I am always on the search for something new to try out and share my thoughts about it.
More 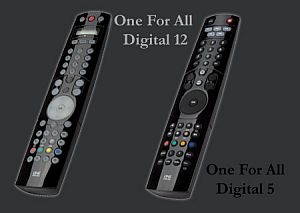 In an attempt to inspire the current technology minded younger generation, Datawind 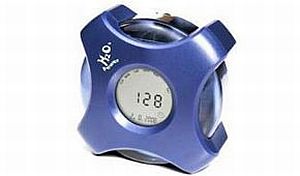