While the pros of Apple’s ecosystem are many, the cons are just as numerous. Continuity, iCloud, Animojis, and Message effects are just some of the features. There is also the question of the company’s anti-competitive behavior. Read on to learn more. Ultimately, this is a decision for the consumer. But do you need to switch to Apple products?

One of the best features of Apple’s ecosystem is Continuity, which allows you to start using one device and finish it on another. This feature is the main reason why Apple devices work well together, and it’s also why they cost more than their competitors. Whether you own an iPad or an iPhone, software compatibility is more important than hardware. It would be a shame to purchase an Apple smartwatch and find out that it doesn’t work well with your iPhone.

The Continuity of Apples Ecosystem has many benefits, not the least of which is seamless device integration. Continuity works by preserving your work flow between Apple devices, including the iPad and Mac, and allowing you to use them together without a glitch. Although Continuity doesn’t support all applications, it is a powerful feature for Apple users. For example, it allows you to paste content from one device to another, so that you can continue working on the same file.

iCloud is an excellent cloud storage service, which syncs data between all of your Apple devices. Since iCloud automatically updates data across all of your devices, you never have to worry about losing a version of a file again. Additionally, you can share and export data easily with other people. iCloud works with many popular apps, including Microsoft Office, HipChat, and Pager Duty. You can even set up an iCalendar on iCloud, so you can manage your calendar and contact list from any location.

Apples total control of the iOS software ecosystem has reduced competition and decreased choice for consumers. Epic Games’ Fortnite recently was banned from the App Store due to an attempt to avoid Apple’s fees. Developers complain that Apple takes 30% of the revenue from apps and argue that this rate is far too high. Apple also restricts third-party apps to their ecosystem, limiting the users’ options.

Animojis are a new addition to the Apple ecosystem. The company’s annual keynote, held this week, briefly discussed the new feature. Animojis are animated faces that let you send messages to others using their mobile devices. They work much like emoticons. But they can be more useful than just cute little faces. The next big thing for Apple? A new Animoji keyboard. And Apple is preparing to make it available on all of its devices.

Animojis can make any emoji icon into a short animation that responds to the user’s voice and facial expressions. In other words, they use facial and voice recognition to understand a person’s behavior and emotions. The new Animojis are particularly useful in situations where users need to send messages to people across the world. The Animoji feature is also great for creating personalized emoji characters.

What is the Apple Ecosystem? It’s an entire ecosystem of software applications, hardware, and services that support the Apple brand. This ecosystem makes Apple products and services unique. Think of the ecosystem like a character bonus in role-playing games or the special features of Apple’s devices. It makes the overall experience more enjoyable for consumers. What are the Message effects of Apples Ecosystem? Read on to find out.

The Apple ecosystem is all about the connection between users and the company. This includes everything from mobile phones to computers to accessories. All Apple products are integrated with one another and are meant to work together. This means that they work better together, but the ecosystem is also more restrictive. Here are some of the main features of the Apple Ecosystem. You’ll discover why Apple’s products are so great for consumers. You’ll find out which ones can do the best job for you and which ones won’t.

The FBI and Apple’s plans to add end-to-end encryption to iPhones have hit a bump. Although the FBI has not expressed a definite objection, end-to-end encryption would have made it harder for law enforcement officials to access encrypted backups of iPhones. That’s not to say that Apple is against encryption, but that it may not have wanted their customers to be locked out of their own data.

Although end-to-end encryption provides maximum privacy protection, some data may never reach the end-user. For example, some data may be accessible to law enforcement agencies if the owner forgets the password. For this reason, a compromise solution would enable users to choose the encryption they want. However, this compromise solution could not be implemented immediately. Apple could provide an upgrade to existing devices with encryption options, but would require users to agree to terms and conditions with the company.

It used to be possible to charge your iPhone using a MacBook while out and about. While you can still do this, you’ll need to invest in an extra accessory, like a Lightning to USB-C cable. Or, you can purchase a USB-C adapter with a standard USB port, which costs about $20. These accessories can be found on eBay and online for less than $30. This way, you’ll never run out of battery again.

When Is The Best Time To Buy Gadgets

I'm a tech enthusiast writer with a love of new gadgets, software and apps. I am always on the search for something new to try out and share my thoughts about it.
More

The Indian consumers are showing a growing appetite for smartphones, which explains 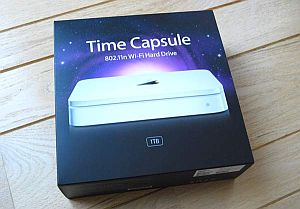